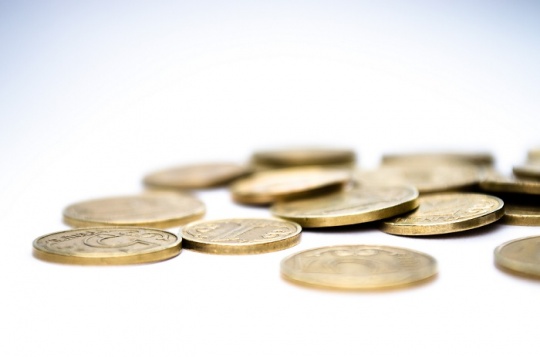 Financial Services – On the precipice of major disruption

Nearly all the companies our grandparents admired have disappeared. Of the top 25 industrial corporations in the United States in 1900, only two remained on that list at the start of the 1960s. And of the top 25 companies on the Fortune 500 in 1961, only six remain there today… As Deloitte’s Shift Index shows, the average life expectancy of a Fortune 500 company has declined from around 75 years half a century ago to less than 15 years today and heading towards 5 years.

Paul Volker, former Federal Reserve chairman, once said that the ATM was the last real innovation in banking. He went on to say “I wish someone would give me one shred of neutral evidence that financial innovation has led to economic growth — one shred of evidence”

But is banking really still in its ancient days? Obviously not. We have seen banks incorporate new technology to enhance their reach, customer satisfaction and overall access to their services. In the 90s, the Internet and Internet Banking significantly changed the way we interact with and think about banking. It gave consumers choice and control – choice to bank when and where they wanted. Instead of being locked into going to a physical branch between certain hours of the day.

More recently, social media increased access to and transparency of banks. We now have direct feedback channels to some banks (beyond the regular branch or phone-based customer service). Some banks have taken advantage of this new channel to listen to real-time feedback and identify opportunities to service their clients better. Bank of America, USAA and Citi are leading the way in incorporating social media into their customer service platforms. What’s in it for them? Well, we now know, real time, when a bank sucks and hides behind outdated processes or expensive fee structures. We also get to see how they interact and treat their customers. The power has shifted from the few big centralized institutions to the crowd.

When mobile came along – our expectations of banking also changed. Now we expect banks to deliver while we are on the move. And not just an account balance – we want increasingly complex interactions: text my bank to complete a transaction, take a picture of a check and deposit it, transfer securely between accounts, and why not, just wave my phone and pay at the supermarket. The next stage has clearly mobile payments. The New Era in Bank Innovation: Disruption

For instance, the largest institution in Kenya is a telecommunications company, Safaricom, who launched the M-PESA payments system in 2006. Today M-PESA has more than 14 million active customers, compared with the 3.5 million banked customers there today. A telecommunications company figured out a way to reach the majority of the population that, until then, remained unbanked or underbanked.

The best deals for loans are now available through direct non-bank lenders like Lending Club in the US or Zopa in the UK. Since launching in 2007, Lending Club has issued over $7.6 Billion in loans by the end of 2014 while those investing in the loans consistently receiving over 9.5% average net annualized return. Zopa has a non-performing loans ratio of 0.75%, much better than the best banks in the UK. Ondeck Capital surpassed $1 Billion in business loans March of 2014 and has processes close to 250,000 applications.

So if you are a bank today…ask yourself. Do you want to be left simple as the wires at the back-end of the transaction, a product manufacturer, while innovators steal customers, deposits, margin, and market share?

Seriously, that was *just* to name a few.

This new wave of financial service innovators are pushing the limits, creative thinking, risk appetite and agility incorporating cutting edge technology, social media and — believe it or not — genuine customer service. This new group of financial players are stealing the traditional banking customer and giving banks a run for their money.

What does the future hold for the banking industry? Do you think banks will continue to serve as the core of our financial networks, with new more agile services sprawling around it? Will technology companies be able to penetrate, evolve and simplify the banking system? Or will banks bite back and take the stage away from them? Some of the main challenges that are going to hold these major institutions back are, unfortunately, the same ones which were considered their strengths, namely.. Innovative Technology, Corporate Structure and Incentive (of lack thereof) to assume risk and innovate.

There has been some late-breaking news of how the banks are attempting to catch up. The latest developments of Citigroup partnering with Lending Club, about 160 independent and community banks partnering with Prosper, Chase CEO Jamie Dimon warning investors and those in the banking industry that “Silicon Valley is coming” and concerns about Bitcoin stealing his business… are just a few.

What does the future of banking look like to you 10 years from now?